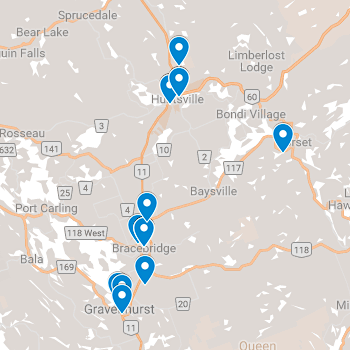 If you are an OPSEU member, the local is your primary link to the union. It represents you where you work. You elect its leaders – your stewards, your local president, other officers, your delegates to convention, and so on. It’s your first step to getting involved. Locals have the autonomy and resources to do what they think is important for their members.

The general membership is the highest authority of the Local and is empowered to take or direct any action consistent with Local By-Laws and OPSEU Constitution. Between general membership meetings, the executive of the local makes decisions on behalf of the membership.

The front line voice of the union in the workplace is the shop steward. The workers decide how many shop stewards they need and how they are distributed. They elect the stewards and it takes a clear majority to win.

From among the shop stewards, the general membership elects the local executive committee (LEC). So every member of the LEC has already been elected as a steward. The LEC must have a president and at least two other officers (vice-president, secretary, treasurer, secretary-treasurer). Each unit elects one unit steward from among their shop stewards to sit on the LEC. 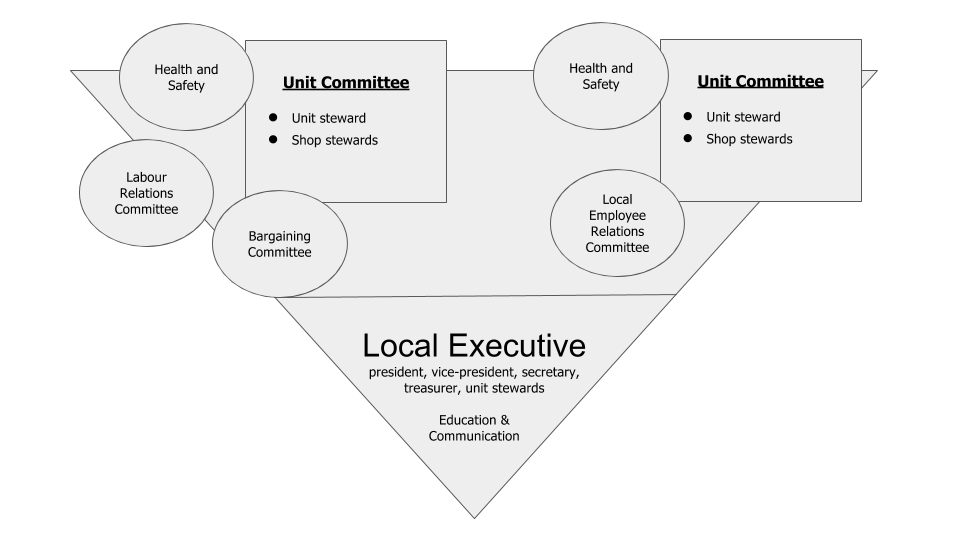 How are locals funded?

What do locals spend their money on?

In OPSEU, most member expenses are covered by the central union. This includes travel, accommodation, meals and lost wages for members attending convention, education courses, bargaining sessions, grievance hearings, and the many other meetings and events that the union organizes or participates in.

That leaves local funds for things like sending extra members as observers to convention, childcare or refreshments at meetings, publishing newsletters, or other things the local decides. Locals can also make contributions to their community, such as by supporting the local food bank or a kids’ soccer team. Some locals set up their own strike fund to augment strike pay from the central union. It’s up to the local to decide.

A democratic structure and a resource for locals

OPSEU divides Ontario into regions to create a democratic framework for the union, and to bring resources closer to the locals. The first digit of a local number tells which region it is in: Local 317 is in Region 3, and Local 654 is in Region 6.

OPSEU’s Executive Board is elected in the regions. Every two years, each local sends delegates to a regional meeting, which elects three members to the board. One of the three is elected Regional Vice-President. In the same election years, convention delegates elect the union’s two top full-time officers – the President and First Vice-President/Treasurer – from among the 21 elected Executive Board Members (EBMs).

EBMs give locals a direct link to the board, which is second only to convention in OPSEU decision-making.

Each region has several regional offices. Staff representatives, who work to support locals in bargaining, grievance handling, running their operations, and so on, work out of the regional offices.